Reflections on Project in India  PDF 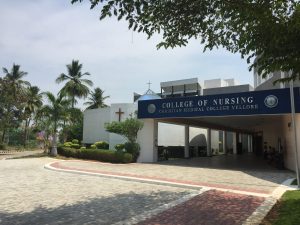 Thanks to the funding of the Steven Roth Memorial Grant Program, I was able to spend two months of 2018 observing, learning from, participating in, and teaching nursing in a different part of the world. The majority of my time was spent in Vellore, India, which is in the southeast part of the country, in the state of Tamil Nadu. During this time, I worked at Christian Medical College (CMC), specifically with the College of Nursing.

CMC started as a one bed missionary hospital in 1900 by a single woman named Ida S. Scudder. This is a very interesting and inspiring story about a young woman trying to reach out and provide medical services to young laboring mothers, a population that was refusing to be seen by male doctors, despite medical necessity. It didn’t take long for the hospital to grow exponentially, however, and in the last 100 years it has expanded to offering healthcare services to both urban and rural sites, while also developing into a well-known educational and research institute in India.

Despite its significant expansion over the past century, CMC has continued to contribute to the missional purpose of the church by staying true to its original intent of being a witness to the healing ministry of Christ. In the last century, CMC has also transformed from focusing solely on woman and children to all people in India, as well as surrounding countries. The clinical side of CMC sees over 2,000 inpatients and over 8,000 outpatients a day, while performing nearly 200 surgeries and assisting with over 50 births a day. Not only does CMC provide services and education at its main campuses in Vellore, but it seeks to broaden its network to rural areas around the country which lack access to quality medical services. 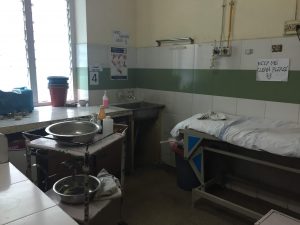 Prior to leaving for my travels I was excited to see nursing in a part of the world I had not yet been to. From my previous travel experiences, the new global perspectives I had gained from being immersed in another culture were invaluable, and I was eager for this additional opportunity. Not only had I never been to India before, but this was also my first experience working internationally as a professional nurse. I was excited for the anticipated integration of a new culture, new understandings, and my nursing practice.

While at CMC, most of my time was spent observing in the various clinical areas. This included everything from traditional medical floors to cardio-thoracic ICU to labor and delivery. The hospital itself was quite large with unbelievable amounts of traffic, and I was always thankful for the security guards at every corner to direct me in the right direction. Being from a small town and working in a hospital less than one-tenth the size (as far as numbers of patients), the sheer number of people was overwhelming at times. I was told that at any moment during the day there were than 50,000 people on the CMC hospital campus, including patients, families, and providers. 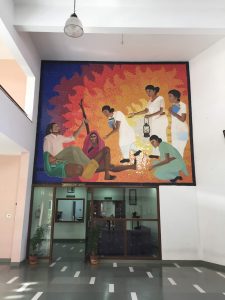 Other than observing on the main hospital campus, I also had the opportunity to visit some alternative sites that were also a part of CMC. This included a psychiatric center, which had a very unique family-centered care model, a community health and development hospital, and another site called RUSHA (Rural Unit for Health and Social Affairs), which was not only a rural health center, but also taught numerous technical skills and had various development programs in place for all ages. In addition, there were several days where I joined mobile clinics, led by either a nurse or doctor, to reach the surrounding communities and villages. I was most very impressed by how CMC’s extensive outreach program. The mobile clinics included well-baby visits, prenatal assessments, managing chronic diseases, home visits, and various forms of health education. It seemed to be a very effective way to reach nearly all the people in this region who otherwise wouldn’t have access to care. 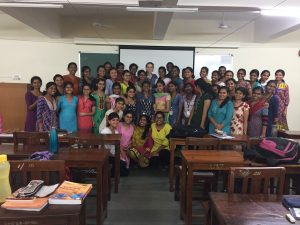 One of my favorite opportunities, however, was teaching a class on evidence-based practice to third year nursing students at the college of nursing. I have had some direct involvement with implementing evidence-based practice in the United States through serving on the Nursing Research Advisory Committee at Goshen Health (where I currently work as a critical care nurse), and it was enjoyable sharing my expertise with the students. I also thoroughly enjoyed working with the continuing nursing education department to create an evidence-based practice workshop they plan to use in the future for clinical nurses at CMC and surrounding hospitals.

Living in India for a full two months, I had some time to travel and see other parts of the country as well. One of the places I visited was a smaller village called Chiluvuru, which is in the state of Andhra Pradesh, one state north of Tamil Nadu. My fiancé Lee Voth-Gaeddert (who was completing research at CMC as an Environmental Engineer during this time) was able to join me for this trek northward. Menno Clinic is a low-cost healthcare clinic with some historical Mennonite roots. To learn about my time at Menno Clinic or to learn more about the clinic, view their recent newsletter online.

This time abroad has definitely sparked my interest in global health, both on a population and an individual level. I am excited to return to the United States and see which ways my new learnings will be integrated into my nursing career both locally, and possibly globally in the future. My plan is to return to graduate nursing school in the near future. This experience at CMC has definitely contributed to my continually evolving, holistic understanding of nursing, adding in yet another dimension to the beautifully complex career that nursing is. 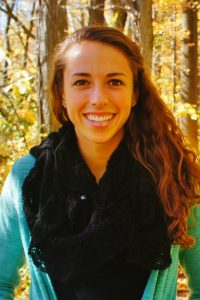 Mollie Gaeddert (formerly Nebel) was awarded a grant under the Steven Roth Memorial Grant Program for a term of service from May to July 2018 at Christian Medical College (CMC) of Vellore, India.  Since returning from India, Mollie has relocated from Goshen, Indiana to Atlanta, Georgia. She will be working at St. Joseph Emory University Hospital in the Medical-Surgical Intensive Care Unit and is currently exploring opportunities for graduate school next fall. Outside of professional life, Mollie was married at the beginning of September 2018. Her husband, Lee Gaeddert, will be starting a job at the Center for Disease Control.