The Steven Roth Memorial Grant Program began in its present form in 2013.  It carries on the legacy of the Steven Roth Fund (SRF) which was established following the untimely death of Steven J. Roth in 1990 and was intended to support educational and international mission goals of members. See below for more background information.

Purpose of the Grant Program

The purpose of the Grant Program is to aid MHF members around the world as they volunteer in educational and/or service-oriented purposes which contribute to the missional purposes of the church. The Grant Program gives MHF members who are in the education phase, working to pay off loans, or working in volunteer or low-income settings the opportunity to receive the support of the larger MHF community for volunteer mission and service projects in which they are personally participating.

The following pages describe the persons and projects of recent grantees of the Steven Roth Memorial Grant Program.

How to support the Grant Program

The Steven Roth Memorial Grant Program is one of several programs originally supported by the Mobilization for Mission Fund. As of September 1, 2016, the Grant Program has been integrated into MHF’s new Missional Budget Plan.  Members and others who wish to support the Grant Program are encouraged to give an extra tax deductible contribution to Mennonite Healthcare Fellowship to support this and other MHF programs.

The Steven Roth Memorial Grant Program began in its present form in 2013.  It carries on the legacy of the Steven Roth Fund (SRF) which was begun under Mennonite Medical Association (MMA) following the untimely death of Steven J. Roth of undifferentiated adeno-carcinoma on December 22, 1990.

Steven Roth was a student at Ohio State University, College of Medicine, in Columbus, Ohio when he died.  His plans after medical school were to serve in some form of mission practice overseas or in this country. The Fund was originally designed to pay the interest on educational debt for a qualified MMA member candidate for medical voluntary service during the years of such continuous service following medical school.  Eventually, the family and friends who started the fund approved other usages for the fund involving missions and/or education.

The Fund was transferred to Mennonite Healthcare Fellowship (MHF) at its inception in 2011 as part of a larger Mobilization for Mission (MFM) Fund which was primarily used for the Student Elective Term (SET) program.  Since both MFM and SRF funds were also being requested and used for additional mission-related projects, the MHF Board made a decision in June 2013 (with the blessing of the Roth family) to combine the funds and further define the programs for their usage.

To honor the memory of Steven Roth, the Steven Roth Memorial Grant Program was established as one of the primary programmatic usages of the combined Mobilization for Mission Fund in 2013 and integrated into MHF’s overall Missional Budget Plan in 2016. 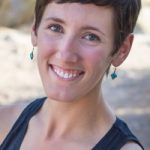 I am personally thankful to MHF for offering valuable opportunities in leadership and networking as a young professional, and their generosity via the Steven Roth Memorial Grant Program in support of my public health volunteering in Tanzania.