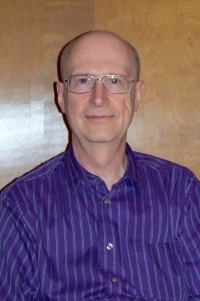 Paul Leichty began his part-time work as Executive Director of MHF on September 1, 2011. From that time until November 2016, he worked from an office on the campus of Goshen College in Goshen, Indiana.  Currently, he works from his home in Williamsport, Pennsylvania.

Paul’s experience with the issues of health and faith is a result of his past roles in the family and church as well as with various church agencies and community organizations. He is a long-time advocate of a holistic vision of health in the context of family and community, having paid particular attention to those who have often been marginalized in the community of faith due to physical, sensory, psychiatric, and intellectual disabilities.

As the father of two children, one of whom has significant developmental disabilities due to a genetic condition, he has had many years of interaction with a variety of healthcare professionals. In more recent years, Paul has been involved in advocacy work to integrate persons with disabilities into the church and community.

For about 16 years, Paul served as a pastor in cross-cultural urban congregations in Illinois, Pennsylvania, and Indiana and faced a variety of situations involving disabilities, mental health, and addictions. He also served several other congregations in Indiana as a part-time music minister.

He has helped in the start-up or re-organizational phases for a number of community and church-related organizations. His most recent project has been Congregational Accessibility Network (CAN), an independent, international, interfaith disabilities advocacy effort that originally started at Anabaptist Disabilities Network (ADN), an organization he helped found in 2003.

From 2003 to 2017, Paul also worked part-time for Mennonite.net helping congregations and church-related organizations use the new digital technology in ministry and mission. In the process, he learned much about communications, marketing, and ways to reach out via the Internet.

Paul lives in Loyalsock Township just east of the city of Williamsport, Pennsylvania with his wife, Twila Charles Leichty. He has become involved in his new home congregation, Agape Fellowship of the Mennonite Church, a congregation of LMC (Lancaster Mennonite Conference) as a teacher and elder.

In November 2019, Paul announced his intention to retire with a target date of May 1, 2020. The Board is making plans for a successor. 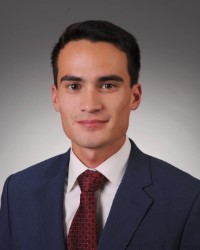 As of December 1, 2019, Andrew Metzler, Birmingham, Alabama, is serving as Administrative Assistant / Bookkeeper for Mennonite Healthcare Fellowship. Andrew works as a Practice Administrator for private cardiology group near Birmingham. His professional background is in physician practice management and health care finance and analytics. After studying Health Care Management at the University of Alabama at Birmingham, he earned his Masters in Health Administration from Johns Hopkins University Bloomberg School of Public Health in Baltimore, Maryland. Andrew grew up in the Birmingham area, attending Faith Chapel Mennonite Church and currently lives with his wife, Cecily, who is a Registered Nurse, and attends Pleasant Hill United Methodist Church, in Birmingham. His hobbies include flying as a recreational pilot, traveling, spending time outdoors, and volunteering.

Jep Hostetler is currently serving as Administrative Assistant in Goshen. In that role, he handles the postal mail and some banking responsibilities. Jep is Professor Emeritus at The Ohio State University College of Medicine and is known as a story-teller, magician, and writer. He was Executive Secretary of Mennonite Medical Association. He and his wife, Joyce, live at Greencroft in Goshen, Indiana.