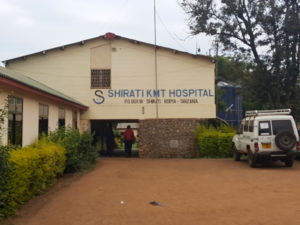 I am a Physician Assistant student studying in Harrisonburg, Virginia, at James Madison University. Near the end of 2018, I finalized plans to spend one of my month-long clinical rotations in Shirati, Tanzania. I had little idea what I was getting into; at that point I had not even completed a single rotation and I had minimal experience working in the role of a medical decision-maker. I was excited, however: I had grown up hearing stories about Shirati, a Tanzanian town with a long history of close connections to Lancaster Mennonite Conference, to which the church of my childhood belonged. A missionary doctor at my church had spent years of his life living and working there, and I had never imagined that I, too, would one day get to visit this place.

In May of 2019, after completing four rotations in the U.S., I packed my bags and began the journey to the small town on the shore of Lake Victoria. What followed was a month full of beauty, struggle, and immense personal growth. 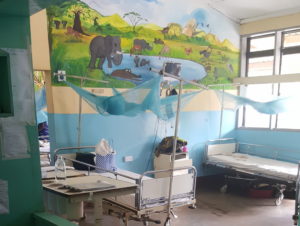 I quickly learned how important the hospital is. As the only regional hospital for a rural area of 250,000 people, Shirati KMT Hospital sees emergency situations daily. And every day, while the hospital saves lives and cares for people to the best of its ability, the staff there are confronted with the reality that there are rarely enough resources to go around. The staff are constantly stretched to their limits with too many patients to see in a day. There are often shortages of medications and constraints on the lab tests and imaging that the doctors can order. 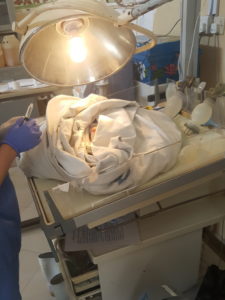 I remember one afternoon in the maternity ward a woman walked into the delivery room and collapsed, and a Tanzanian nurse yelled for me to go find IV fluids. I ran to the nurses’ station at the front of the ward to find that the maternity ward had run out of IV fluid; I was then sent on a scavenger hunt through the hospital to find fluids elsewhere. This feeling of scrambling chaos was all too common, and sometimes one wouldn’t ever find what was needed. For example, there are only a few oxygen concentrators in the hospital, and there were times where the need outpaced the supply. In those situations, there was nothing the staff could do.

In trying to explain what it was like to work there, I told a friend from home that sometimes I felt like the most important thing I did every day was simply to treat my patients like they were people who mattered. When I first said this, the words came with a sense of frustration. I was thinking about everything that I couldn’t accomplish due to lack of resources. The phrase stuck in my head, though, and as I thought about it more during my time in Shirati, I came to realize that this is always the highest work in medicine.

No matter where you work, there are always situations that feel incredibly unfair, people who receive terminal diagnoses at young ages, patients who struggle to afford lifesaving therapies, and those who live every day with chronic disease. Every day, medical providers have the honor of meeting these people in the moments when they feel frightened, sad, alone, and exhausted, and we have the chance to act in ways that remind our patients that they are people with inherent dignity and worth, no matter what circumstances life has given them. 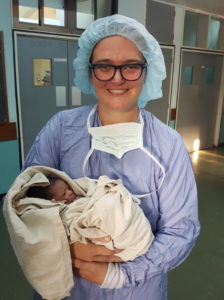 I was inspired by the way my Tanzanian teachers embodied this lesson. I knew that the doctors who were teaching me were often frustrated by the limits their surroundings imposed on them. Yet, over and over they chose to act in ways that reaffirmed human dignity. An example of this is the way that the doctors and nurses treat obstetric emergencies. There are many forces at work to prevent the successful resolution of emergent situations, not only the minimal access to prenatal care, but also, more acutely, for instance, the limited supplies of safe blood for transfusions and the often- delayed transport of patients to the hospital. Yet despite these factors and despite the fact that babies often die and mothers often have serious complications from labor, the staff at the hospital continue to treat each new emergency as though this patient, today, is one who matters and can be saved. This choice matters. There were several cases where patients who I thought would die, lived.

There were two other things about the hospital that really stuck out to me. One was how it felt as a student to be welcomed into a new place and culture with extravagant generosity. An example of this is how eager the nurses and nursing students were to show me around the hospital. I never was made to feel like I was a burden even though there were times someone would have to interrupt their workflow to explain how something worked to me. The second example was the deep faith so many of the staff displayed. Each Friday morning there was a short chapel service before the morning announcements, and I remember one week a woman preaching from Psalm 27. She spoke in Swahili and then translated to English to make sure the few English-speakers in the audience could understand. I will never forget hearing her say “I remain confident of this: I will see the goodness of the Lord in the land of the living.” I had seen so many patients that week in terrible suffering. I had seen several people die, and my heart was bruised. Then, Friday, the end of the week, there I was. A guest listening to a sermon being graciously translated to my own language, a sermon where someone who lived in the reality of working in a low-resource healthcare setting every day reminded me to keep looking for that goodness we so often fail to see.

I’m grateful for the chance to spend a month learning from the doctors and nurses I met in Tanzania. I gained much confidence over this rotation and I felt, by the end, that I was truly able to contribute to the team of people who are caring for patients every day in Shirati. I learned a lot of tropical medicine that I had never practiced before, thanks to treating malaria, schistosomiasis, and sickle cell anemia every day. More than this, though, I am grateful for the chance to have connected with these teachers who reminded me of how important it is to work with the faith and hope that we will see God’s goodness – and see it now, here, in the land of the living and not just in some far-off future heaven. It is with this in mind that I offer my thanks to all of those who make the SET program possible. 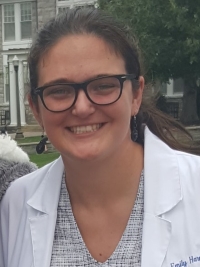 Emily Harnish was a physician assistant student at James Madison University sin Harrisonburg, Virginia at the time of this writing. Originally from Strasburg, Pennsylvania, she graduated in 2013 from Eastern Mennonite University with a major in biochemistry and a minor in Bible and religion. From 2013-15, she worked as a postbaccalaureate intern in a lab in the molecular physiology and biophysics section of the National Institute for Neurological Disorder and Stroke. She has also worked as a home health aide and as a Certified Nursing Assistant before entering graduate school.