I recently attended an event for someone who was retiring from a church leadership role. During the service, I was surprised to learn that this person had started out in a different “secular” career, but left that for a “higher calling.” When this statement was made, spontaneous applause broke out. I wondered what we were applauding. I could absolutely applaud the excellent job this person had done in the years of service in church leadership. But did the applause somehow reflect our attitude that the only true and honorable “ministry” is through church leadership?

I am not saying that a person who starts in one career direction should never change, or that church leadership is not a worthy endeavor. I also have no desire to question this particular person’s call to change career paths. My only question is, “Is church leadership the only faithful ministry?”

This question has been a dilemma for me over the past several years. I am a nurse. It is my “calling” (higher or otherwise). When I wash and dress the malodorous wounded feet of a man without a permanent home, it feels like holy ground to me. When I work with international partners who are helping to prevent mother-to-child transmission of HIV, it feels like a “higher calling.”

Historically, the lines between ministry and a vocation in the care of the sick appeared less dramatic than they do today. Though the details are disputed, many historians agree that in the fourth century some of the first hospitals were built due to the influence of Christians responding to the care of the poor and the ill. The care given in these early hospitals prompted Emperor Julian to remark, “Now we can see what it is that makes these Christians such a powerful enemy of our gods. It is brotherly love which they manifest toward the sick and poor.”

Fast forward to the 18th and 19th centuries that brought significant changes in healthcare and the use of a more professional system for treating and curing illnesses. It was also was the beginning of an unfortunate rift between the work of the body and the spirit. (Risse, 1999). Before the civil war, a pastor was most likely the first person one would go to for care. John Wesley, best known as a preacher and founder of the Methodist tradition wrote extensively about the medical treatments he employed in caring for the sick as he traveled for ministry (Rogal, 1978).

Industrial growth and immigration brought with it a myriad of serious social issues of which healthcare was just one of the problems facing the most vulnerable. The churches responded with many hospitals bearing the name of the denomination that sponsored them.

It is only in the last 30 to 40 years that healthcare has shifted in the United States from a social service for the most vulnerable to a $1.7 trillion industry (US Census Bureau, 2013). In developing countries, however, church-based health centers still may provide up to 70% of care (WHO, 2007). Even in the United States, many who are unable to afford healthcare rely on faith-based clinics.

Healthcare is part of our history and our future as people of faith. Health-related professions may be our job or our calling…or maybe it is both.

WHO. (2007). Faith-based organizations play a major role in HIV/AIDS care and treatment in sub-Saharan Africa. Washington: WHO. 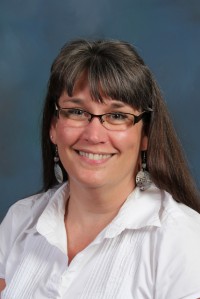 Beth Good, PhD, APHN-BC, CNS, RN is a nurse who formerly lived in Columbia, Pennsylvania. She has served on the MHF Board since 2013, including one year as President, 2015-16.  She currently works as Health Coordinator for Mennonite Central Committee (MCC) in the area of Public Health including awareness of HIV/AIDS, Sexual and Gender-based Violence, and community health.  In the fall of 2016, Beth and her husband, Clair Good, moved from their roles as co-pastors of Vision Columbia to the Congo where they have accepted a three-year assignment with MCC.  In December 2014, Beth successfully defended her PhD dissertation on women who have survived rape in conflict settings.