Early mission efforts. In 1935, two Mennonite missionary couples left Lancaster, Pennsylvania and headed for Shirati, in rural Tanzania, to start evangelism, along with education and health care.  One member of that delegation, Ruth Mosemann, had received basic first aid training prior to departure.  She set up a clinic and began to do what could be done with the resources of the time.  She also snapped photos of some of those first patients. The photo on the right, taken in 1935 by Ruth Mosemann, may be the earliest known photo of child with Burkitt’s Lymphoma. (Photo courtesy of Lancaster Mennonite Historical Society) 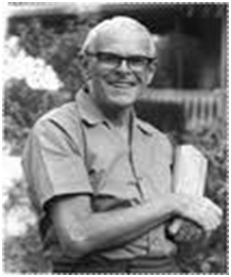 Identification of Burkitt’s Lymphoma. Burkitt’s Lymphoma (sometimes also referred to as “Burkitt Lymphoma”) gets its name from Dr. Denis Burkitt, a surgeon from the United Kingdom working in Uganda. In the 1950’s, Burkitt recognized a certain pattern of swellings in children, especially of the face and abdomen. This was eventually identified as a type of cancer, a lymphoma, which occurred in African children living in the “malaria belt” across central Africa. It was noted to be very rapidly growing. In fact, is still today the fastest growing cancer known to medical science.  Being exquisitely sensitive to chemotherapy, which preferentially affects the most rapidly growing cells, Burkitt’s Lymphoma became the first cancer to be treated and cured with chemotherapy alone, a discovery now applied to many other cancers. 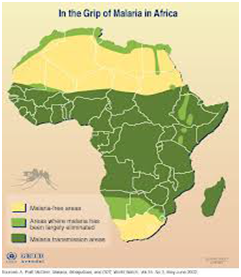 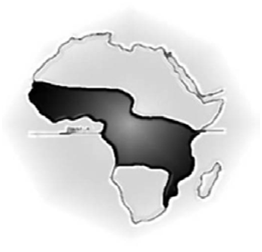 Internet graphics show the “Malaria Belt” on the left and the Burkitt’s Lymphoma belt on the right.

Personal involvement. When I came to Shirati Hospital in the early 1980’s, I learned about Burkitt’s Lymphoma and participated in caring for children who were affected.  In the 1990’s, when Dr. Brubaker left Shirati, I inherited the work with Burkitt’s Lymphoma children, both in treating them and continuing to keep the database of cases.

A new research project. In 2008, I was approached to participate in a major new research on Burkitt’s Lymphoma that would look at the tumor using modern techniques, including genome sequencing.  It would further delineate the relationship between Burkitt’s Lymphoma and malaria, Epstein–Barr virus, and genetic factors.  This study, funded by the National Cancer Institute (NCI) in Washington, DC is still being carried out in Tanzania, Kenya, and Uganda, and compares cases of Burkitt’s Lymphoma with matched controls.  Shirati is one of the main sites for enrolling the Tanzanian patients for the study.

Burkitt’s Lymphoma patient before treatment (left) and one year later after treatment (right).

In 2013, I opened a health center in Sota Village, near Shirati, with facilities to house, feed, and care for Burkitt’s Lymphoma patients during their three months of chemotherapy.  Having them remain in a residential setting during treatment makes it possible to improve the care, treat complications quickly, and avoid default from care.  Shirati Hospital refers patients to me, and also assists with biopsies.  Chemotherapy drugs are donated, and additional donations help with other costs, making the treatment free to the patient and adult caregiver. 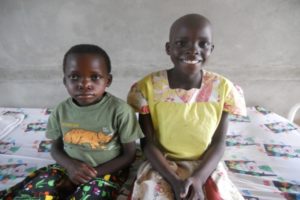 When the first Mennonite missionaries came to the Shirati area, a promise was made to the local chief.  The missionaries pledged that along with the Gospel, they would bring modern health care and education.  We continue to make good on that promise 80 years later. 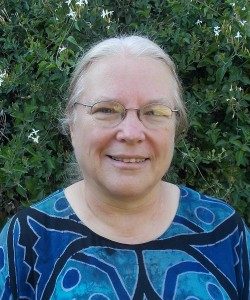 Esther (Lehman) Kawira, MD, is from Shirati, Tanzania, where she has worked as a physician for more than 30 years. She grew up in Goshen, Indiana and did her pre-medical studies at Goshen College in the early 1970s. During this time, she met Josiah Kawira, a student from Tanzania who was studying economics at Bluffton College (now University). Esther received her medical degree from Indiana University in 1977. In 1983, she and her family moved to Shirati, Tanzania where she worked at the Shirati KMT Hospital for over twenty years, seven of them as medical director. In 2012, Esther and Josiah established the Shirati Health, Education and Development (SHED) Foundation, dedicated to humanitarian, development and health work. From that base, they established the Sota Clinic, a village-based health care clinic overlooking Lake Victoria. The clinic specializes in Burkitt’s Lymphoma research, imaging and ultrasound, inpatient services, male circumcision, prenatal care, childhood immunizations and outpatient malaria care. In addition to her direct medical care, Esther serves as a mentor and teacher to students from both Tanzania and abroad. The Kawiras have four adult children, all of whom currently live in the United States.