Global connections are possible. We live in a world where global connections are possible on a scale that could hardly have been imagined fifty years ago. Developing countries which couldn’t afford the infrastructure for land line telephones now have cell phone towers with the latest in cellular technology. People send emails and text messages from the remote corners of the world. Face-to-face conversations across many miles are increasingly common through Skype, Facetime, and other applications.

Global connections are a historic reality. Global connections have been a part of MHF from the beginning. Although the membership of Mennonite Healthcare Fellowship (MHF) is mostly from North America (and most of those from the United States), MHF has always had some members from other countries as well, making it an international organization.

MHF’s Global Services interest group has been the most active of the Special Interest Groups that were established when MHF was founded. This is the group that processes requests for Student Elective Term and for the new Steven Roth Memorial Grant Program. The level of interest and activity in this group has been outstanding. All of these factors show that many Mennonites are keenly interested in global health issues.

The personal connections with mission work in developing countries mostly reside among the retirees in our midst. Mennonite mission agencies have little need to call physicians and nurses trained in North America to serve the remaining mission hospitals which have their own national church connections and their own trained professionals.

As a result, while younger North American Mennonite professionals may have some overseas experiences, those experiences are usually short-term and happen during their student days. Thus, any global connections that are developed do not have deep long-term roots.

The future of global connections. What does it look like to develop global connections among Mennonite healthcare workers in the 21st century? Despite the possibility of greater connections through technology, there is a need for person-to-person and face-to-face connections that undergird our technological connections. Any forum in which international travel becomes the occasion for building personal cross-cultural relationships should be used to full advantage.

A unique opportunity for global connections. 2015 is a big year for Mennonites in general and Mennonite Healthcare Fellowship in particular.

Some healthcare workers who have attended past Global Assemblies may remember a medical caucus within the Global Assembly itself. This is being largely replaced by MHF’s pre-Assembly Annual Gathering 2015, held on Sunday evening through Tuesday noon, July 19-21.

Annual Gathering is wider in scope than past meetings within Global Assembly. Not just doctors and nurses, but therapists, educators, psychologists and other mental health workers, dentists and technologists, medical technologists, and chaplains are among those who are invited to this year’s Annual Gathering. We encourage all healthcare workers from all backgrounds from around the world to attend this year’s gathering and stay on for the Global Assembly!

To whet your appetite, here is some preliminary information on the plenary speakers and workshops which have been confirmed for MHF’s Annual Gathering:

Theme: Walking Together for Healthy Communities

Dr. Ann Thyle is a Consultant in Anesthesia, Pain & Palliative Care for the Emmanuel Hospital Association (EHA), which includes several Mennonite hospitals among its members. Her work involves planning, fundraising and implementation of palliative care services in ten EHA hospitals, focusing mainly on people with life-limiting illness and based in rural north India where little or no palliative care services exist. 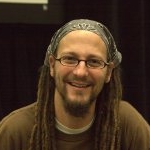 Shane’s adventures have taken him from the streets of Calcutta where he worked with Mother Teresa to the wealthy suburbs of Chicago where he served at the influential mega-church Willow Creek. As a peacemaker, his journeys have taken him to some of the most troubled regions of the world – from Rwanda to the West Bank – and he’s been on peace delegations in Afghanistan and Iraq. Shane is a founder and board member of The Simple Way, a faith community in inner city Philadelphia that has helped birth and connect radical faith communities around the world. He writes and travels extensively speaking about peacemaking, social justice, and Jesus. His books are translated into more than a dozen languages. 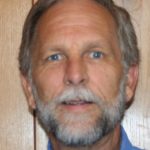 Dave Gullman is a chaplain and pastor in the Harrisonburg, Virginia area.  He and his wife Debbie are parents of two children, John and Hannah. Hannah has Down syndrome and has opened many windows on the world of persons with disabilities. Dave is a pastor to over 130 individuals with disabilities at Pleasant View, Inc., an agency that serves people with disabilities in Harrisonburg and Rockingham County, Virginia where he has served for over 14 years. He also serves as a co-pastor to a small rural Mennonite church in Timberville, Virginia.

I hope you will plan now to come to Harrisburg for the entire week of July 19-26. Mennonite Healthcare Fellowship has reserved a special block of rooms at the Sheraton Harrisburg Hershey Hotel for healthcare workers. Information for making your hotel reservations and further information on the registration process and more is now on the Annual Gathering web page.

We look forward to the exciting global connections we can make at Harrisburg!