“Fearbola” Is More Contagious Than Ebola

Oh, to be a clever writer of Late Night with Seth Meyers! Published on YouTube October 10, Fearbola: The Irrational Fear of Catching Ebola, uses intelligent humor to shed light on the truth about Ebola’s highly unlikely transmission in the United States.

According to the USA’s Center for Disease Control and Prevention, Ebola is a physical disease that only spreads when a person is sick with the virus. You can’t get Ebola through the air. You can’t get Ebola via water. You can’t get Ebola from food legally purchased in the USA. You can only get Ebola from touching the body fluids (blood, urine, saliva, sweat, feces, vomit, breast milk, semen) of a person sick with or who has died from Ebola, touching contaminated objects, like needles, and touching infected fruit bats, apes, and monkeys. As long as you don’t engage in these behaviors, you will not contract the Ebola virus, you will not die from Ebola. Period. End of story, right? Unfortunately not.

While becoming sick from Ebola is highly unlikely, fear and anxiety is being spread by the media and politicians. As reported by Marino Eccher’s front page Sunday October 26 St. Paul Pioneer Press article, in their fight against the Ebola outbreaks in their home nations, Minnesota’s large West African communities have given food and money, held educational events, and offered health care services. As the disease ravages Africa, they’re faced with the steep toll of intense loss. Over 4,800 people in Guinea, Liberia and Sierra Leone have died of Ebola, the most widespread in history. Many have lost family and more are inundated daily with public fears and stigma surrounding Ebola.

“We have to fight the psychological trauma,” said Rev. Alexander Collins, executive director of the Liberian Ministers Association of Minnesota. The association, with more than 50 member churches, is partnering with the Minnesota Peacebuilding Leadership Institute (MNPeacebuilding) to train a community-based first-response team. Collins’ congregations have been hit hard. One person lost 17 family members. Another has lost eight, including her husband and her mother. “We want to help them through the grieving process,” he said. Additionally, Collins understands that the Liberian civil war has also left lingering unhealed psychological trauma for his people.

Rev. Collins and I met after several of his community members told him of their transformational experiences taking Strategies for Trauma Awareness and Resilience (STAR). The STAR training was created by the Center for Justice and Peacebuilding (CJP) at Eastern Mennonite University in Harrisonburg, VA in the wake of the Sept. 11 terrorist attacks. I took STAR for professional development in 2008 and introduced STAR to Minnesota in 2010.

Although Ebola is different than the 9/11 tragedy, the psychological trauma reactions are the same. Anytime somebody experiences a traumatic event, their body and brain go through the exact same process. STAR unpacks the full spectrum of trauma and teaches positive productive alternatives to revenge via restorative justice and conflict transformation informed by one’s faith. It teaches the brain-trauma-behavior relationship and steers victims toward positive coping strategies creating a healing culture for those harmed and setting the stage for reconciliation. STAR is designed for leaders, care providers, professionals, and volunteers.

The STAR need is robust. In Minnesota, I have organized and taught twelve STAR trainings. Here STAR is offered for 27 hours of professional continuing education for mental health professionals, nurses, educators, and attorneys. In March 2014 I was hired by EMU to co-facilitate STAR in Fiji to address community and historical traumas. EMU’s STAR program has trained thousands including Nobel Peace Laureate Leymah Gbowee and Somali President Hassan Sheikh Mohamud building a 13-year national and international reputation of success.

Now MNPeacebuilding is working closely with Minnesota’s West African community leaders to raise $12,000 to become STAR trauma-informed and resilience-oriented empowered community first responders. To help, readers can make tax deductible contributions online or checks made payable to MNPeacebuilding, PO Box 3717, Minneapolis, MN 55403. Readers wanting trauma healing in their communities should read the Little Book of Trauma Healing by Carolyn Yoder, take the STAR Training at EMU or in Minnesota, and/or sponsor a STAR training in their community. 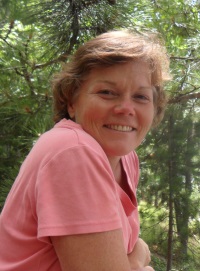 Raised in the Mennonite/Anabaptist historic peace and social justice faith tradition, Donna has always had a passionate desire to find practical ways to build peace within her sphere of influence.  After taking the Strategies for Trauma Awareness and Resilience-the STAR Training at Center for Justice and Peacebuilding at Eastern Mennonite University in October 2008, she realized that STAR’s principles perfectly integrate her professional background and personal commitment to teaching positive productive alternatives to revenge via grassroots community trainings that are accessible to professionals and laypersons alike.  She has degrees in social work, educational psychology, outdoor recreation, and earned her doctorate in clinical psychology in 1995.  She completed her postdoctoral training in neuropsychology at the University of Minnesota Medical School in 1997 and her post-doctoral fellowship in neuropsychology in 1997.  Her “day jobs” are as a neuropsychologist with the Minnesota Epilepsy Group in Saint Paul and the Wisconsin Forensic Unit. She sees the full spectrum of psychological trauma in her work as a neuropsychologist and when conducting court-ordered mental health evaluations in Minnesota and Wisconsin.  She has taught individual and organizational assessment and evaluation and supervised students in a law and psychiatry clinic.  As the founder and executive director of the Minnesota Peacebuilding Leadership Institute www.mnpeace.org she is committed to its mission to instigate, train, and support racially, sexually, culturally, ethnically, religiously, and economically diverse individuals and organizations to become trauma-informed and resilience-oriented for the empowerment of their communities in Minnesota, the USA, and around the world. She is the Lead STAR Master Trainer in Minnesota.   She is an active member of Faith Mennonite Church in Minneapolis. She is married to Bruce Brunner and is the proud stepmom to three young adult women. She loves most any type of physical activity that gets her out in nature and takes her to distant places.