I’ll Meet You There

A friend recently sent me a quote by Jelaluddin Rumi, “Out beyond ideas of right doing and wrong doing there is a field. I will meet you there.”

The June 2014 Mennonite Healthcare Fellowship Annual Gathering at Laurelville was not what I had expected.

I was anticipating some workshops which would probably improve the level of service I provide, some continuing education credits, some interaction with health care providers and a little spiritual stuff sprinkled on top.

What I was not anticipating was to be challenged to my spiritual core, to be both emotionally exhausted and nourished by speakers and the music, to walk with others who know the path better than I, and to wander off the path and simply “be” for awhile.

At times it felt like an earthquake shudder, at times like a feather drifting in the breeze down to that field beyond. To help you understand where I am coming from, let me tell you a few stories.

Let me tell you about Jeremy. He came into my office clumsily and making a little more noise than was necessary. He slumped in the chair and looked as bored as most sixteen-year-olds I am seeing these days.

When asked why he was present, Jeremy pulled up his pant leg to show an infected wound running down his calf. I prescribed some antibiotics and told him to stop by the next day so I could check his leg. I smiled and patted his arm as a farewell and he mumbled something in return.

The next day Jeremy limped into the office. His leg was much worse. I told him I was sending him over to the hospital for treatment and I would need to contact his parents. He didn’t know where his mother lived, somewhere out of state, he thought. He gave me the number where his father worked. I called and briefly described the situation and said he would have to take Jeremy to the hospital. The father said he couldn’t and Jeremy would need to find another way to get there.

Jeremy is sixteen, doesn’t have a car and has to find someone to take him to the hospital. I’ll meet you there …

Let me tell you about Tristan. He came into the office with his head down. He sat still, staring at the floor. His clothes smelled of cigarettes. When asked why he was there, he said his teacher thought he may have lice.

In my mind, I could only guess at the classroom scene. Was he taken off privately to the side or was this a general announcement made so the entire class could hear? Either way, the embarrassment for Tristan was evident as he sat there refusing to meet my eye.

I prescribed the medication and explained that his mom would need to wash all of his clothes and bed sheets. He said that his mother was living with her boyfriend in Ohio now. I was afraid of where this conversation was headed. “And your father?” I asked. “In jail,” he replied.

Tristan is fifteen and sleeping on a couch at a friend’s house and then moving on to another friend’s house. No one wants Tristan around too long. I asked where he had been sleeping the past week. He gave me three names. I asked if he would like me to contact them. “No,” he shook his head. “I will take care of it.”

I’ll meet you there…

Let me tell you about Emily. I see her every day at exactly 9:45.

It’s amazing that Emily is able to actually attend school. In the past month, I have treated her for a cold, a twisted ankle, a sore throat, a fever, cramps, dizziness, coughing, a sore back, a broken finger and a sore toe!

Emily has no friends and there is a bully in her second period class who makes her life miserable. Emily is using me to skip this class every day! She knows that. I know that. But we both sit there and go through the motions of an exam. I have cured all of her ailments and sickness without prescribing any medicine. I am truly amazing!

I’ll meet you there….

Rumi knew a lot about right doing and wrongdoing I suppose, but I know more about infections and head lice than he ever will.

In reflecting on the impact of the Annual Gathering at Laurelville, I realize that even though the quotation passed on by my friend did not come from a Christian, I sensed something in it that was authentic to my own Christian faith.

Several years ago I read a book called The Clan of the Cave Bear, the first in a series of novels about prehistoric times. In the first part of the first book, there was the great earthquake that separated the continents and made the world that we know today. That is how I felt about the gathering at Laurelville. It felt like there was a big earthquake inside of me that has forever changed my landscape. There is some pain, but mostly it is just knowing that things have changed and there is no going back.

During the gathering, my emotions bubbled up and I felt them so much stronger than normal. All of my emotions were affected. If I was happy, I was ecstatic. If I was feeling spiritual, it was almost overpowering. The music lifted me to higher places.

I know that I will draw on the words of encouragement, the music, and the support that I found at Laurelville as I trust that I will build community with the adolescents that I have been called to care for. I’m wading in.

Before the MHF Annual Gathering, I was a mid-level provider treating adolescents in a rural county high school. That is my job, but I am also a mother, father, brother, sister, priest, companion, friend, chauffeur, cook, mentor (and the list grows each day). I find lost mothers and send them home. I break fathers out of jail. I shampoo lice out of hair. I give a pretty good hug. Occasionally, I even prescribe a medicine.

Somewhere, way out beyond ideas of right doings and wrong doings, of broken fingers and broken hearts, of headaches and head lice, of cheaters and saints, of valedictorians and dropouts, of cigarettes and hugs, there is a field. I’ll meet you there… 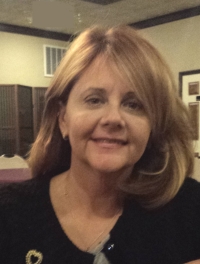 Joyce Wilson, FNP-C is a Family Nurse Practitioner who lives and practices in Barbour County, West Virginia where she works for the Belington Clinic. During the school year she practices at a satellite office in the county high school.

Annual Gathering > I’ll Meet You There