Healthcare Beyond the Exam Room in Roatán, Honduras

Roatán is the largest of the bay islands off the coast of Honduras. Surrounded by the world’s second greatest barrier reef, it has become a destination for diving as well as for travelers seeking relaxation and Caribbean life.

As an outdoor enthusiast looking for adventure off the beaten path, it would have been easy to lose myself in this side of Roatán. However, after only my first day working at Clínica Esperanza, I knew there was much more beneath the surface than just tourism. Roatán, in reality, is an island desperate for quality healthcare. Traveling and practicing medicine outside of the confinements of a structured medical training environment challenged me to adjust my expectations and my perspective on what it means to serve.

Entering into this four-week international rotation, I knew little about what to expect other than what I had read on the clinic’s website. In fact, I had never really experienced healthcare in an international setting at all before. With this in mind, my objectives heading into the experience were very broad. I did have some practical goals such as becoming more proficient in medical Spanish and sharpening my clinical skills. However, most of all, I wanted to observe and learn about healthcare in their culture and how healthcare extends beyond the exam room. Here are some of the major themes I observed and experienced in relation to the culture of Roatán and healthcare. 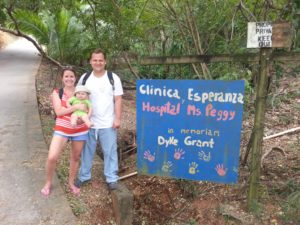 First, it is necessary to provide some background information on where I was working.

Clínica Esperanza is a medical clinic on the northern coast of Roatán that provides low-cost and no-cost medical services to those in need. It was started in 2001 by an American nurse who saw the desperate need for quality healthcare. Since its initial beginnings at her kitchen table fourteen years ago, it has grown into a fully functional clinic that sees 80-100 patients per day. It is considered the primary medical home for over 3,500 patients.

While the bulk of the services are general medical services, the clinic also provides services such as women’s health, pediatrics, a birthing center, and laboratory and pharmacy services. In addition, the clinic also has community involvement including health education classes and screenings for vision and oral health.

While the clinic does have a base clinic staff of Honduran employees and several Honduran physicians, they are dependent on volunteers from across the world to provide their large volume of medical care. At any given time they typically have several volunteer physicians, residents, and/or medical students available to see patients and help out around the clinic.

Due to the relative lack of resources on the island, Clínica Esperanza is one of the only affordable places on the island from which to receive healthcare. Roatán does have one public hospital, but due to a lack of resources, it is frequently overcrowded and understaffed. Because of this, thousands of patients rely on Clínica Esperanza for not only their chronic healthcare needs, but also their acute health problems as well. 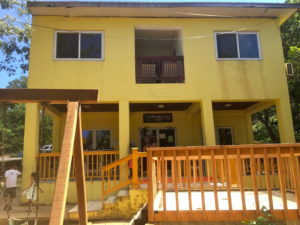 One of the most fascinating aspects of providing care at Clínica Esperanza was the cultural diversity that I encountered on a daily basis. From what I experienced and how I was educated by those I encountered, there are basically four or five categories of people that live on the island and who come to the clinic for healthcare. The most predominant of these were known as “Islanders” and the “Spanish/Hondurans,” with the other several groups being the “Ex-pats” (long-term transplants mainly from the U.S. and Canada) and the “Tourists.”

I greatly enjoyed my opportunities to interact with these cultures both inside and outside of the clinic. Within the clinic, it was fascinating to see patients from different backgrounds and ask about their lives. While the cultures did have their differences in beliefs and traditions, and tended to stick within their cultures when outside of the clinic, it was inspiring to see their respect for each other within the clinic and also hear of their love for the island of Roatán.

I also had the opportunity to work with physicians from a variety of backgrounds, since the clinic employed physicians are from both Islander and Spanish backgrounds. It was a valuable experience to be able to learn about their medical education and how growing up within their cultures have impacted their practice of medicine.   I believe that these experiences of interacting with these different cultures and keeping their cultural differences in mind when working in a clinical context will benefit my future clinical practice greatly.

In conclusion, I had an amazing experience working in Roatán, Honduras and learned many valuable lessons that will serve me for years to come. In addition, after years of hard work in medical school and starting to wonder if I had taken the right path, I believe I found my answer in Roatán where my passion for medicine has been restored. The rotation challenged me physically, mentally, and emotionally. I know it will profoundly change the way that I think about medicine. 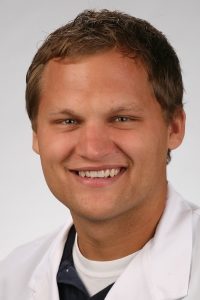 Benjamin Ruth, MD, graduated from Penn State College of Medicine in Hershey, Pennsylvania in May 2015. He is originally from Harleysville, Pennsylvania. His wife, Laura, and their infant son, accompanied him to Roatán, Honduras for his SET experience. In June, they will move to Charlottesville, Virginia where Ben will be in residency at the University of Virginia Medical Center.

Journal > Healthcare Beyond the Exam Room in Roatán, Honduras