A Psychologist’s Perspective on Same-Sex Orientation

Introduction. Much of the conversation in Mennonite Church USA about the inclusion (or not) of LGBTQ Christians in the church has proceeded without the benefit of the understandings from science of the complex causes associated with same-sex orientation.

Beginning with the Women’s Movement over 50 years ago, Mennonites in North America have participated in a great shift in gender roles. Today, psychologists, psychiatrists, and, by and large, the rest of us have come to accept that gender roles—what men and women are supposed to look like, how they are to behave, and what their interests should be—are culturally and socially constructed more than determined by their biology. (Actually anthropologists studying peoples in the non-western world were aware of this much earlier and also wrote about cultures where there were three genders.) After reappraising its views on the flexibility of gender roles, the church’s next big challenge seems to be same-sex orientation.

Sexual orientation as a continuum.

A 2011 Williams Institute study of the UCLA School of Law reported a 3.5% rate, while The University of Chicago’s National Opinion Research Center has found a 2% prevalence rate. Interestingly a 2011 Gallup poll showed that, on average, American adults believe that 25% of the population is homosexual. The reasons for that discrepancy between actual and perceived incidence is something to ponder.2

As Mennonite physician Willard Krabill pointed out, the degree to which we experience attraction to the opposite gender or to the same gender varies from person to person and from time to time in our lives. Psychologist Alfred Kinsey developed a continuum on a scale of 0 to 6, with 0 indicating exclusively heterosexual attraction and 6 referring to exclusively homosexual attraction. Krabill observed that few people are exclusively heterosexual in terms of having no feelings of attraction for their own gender. He concluded that most of us would find ourselves on Kinsey’s scale between one and five, with the majority being a one or two.3

So what is the significance if individuals are not exclusively straight or gay throughout their lives in either their feelings of attraction, their behaviors, or both? To the extent that heterosexuals are comfortable and accepting of past same-sex attractions and/or experiences, it would seem that they would bring an empathy to this discussion. For individuals who came away from such experiences with feelings of shame, perhaps even of self-hatred or loathing, it could happen that they might direct—really project—that same hatred or prejudice toward same-sex oriented persons. This is one understanding of homophobia.

The shift from “perversion” to sexual “variant”

If I had to summarize in one sentence the changes that have occurred in the mental health field in the past 40 plus years regarding our understanding of same sex-orientation, it would be the shift from explaining homosexuality as a personality defect around unresolved neurotic conflicts, in other words, a developmental arrest, to an understanding that it is not a disorder at all to be cured through psychological interventions.

The developmental arrest hypothesis originated from psychoanalytic theories of psychosexual development. Interestingly, although Sigmund Freud did see homosexuality as a type of developmental arrest, he did not consider it an illness, a source of shame, or something that necessarily could or should be treated, as he wrote in a famous letter in 1935 to a mother who had written him about her same-sex oriented son.4 Unfortunately, many other psychiatrists and psychologists did not exhibit this same tolerance and used words like “deviant” or “perversion” to describe same-sex sexuality.

Psychiatrists and psychologists changed their views about the origins of same-sex orientation because of understandings gained in their clinical care of same-sexed patients and as a result of research. In my own practice I have observed how diverse the childhood experiences of same-sexed patients were. I agree with the observation of Willard Krabill (and others) that “instead of saying homosexuality, we should perhaps say homosexualities” (p.107).

Psychiatrist Richard Isay explained the frequent pattern of estranged relationships between fathers and gay sons as the result, not the cause, of the son’s same-sex attraction.5 None of my patients verbalized a conviction that they had chosen their orientation. Their journeys were ones of discovering who they authentically were–a path toward self-acceptance.

Many have observed that the same child-parenting patterns thought to lead to a same-sex orientation could occur and the individual would still develop as a heterosexual.   Some have hypothesized that trauma by way of sexual molestation or seduction could be the cause. Again I must point out that there are many heterosexuals who have experienced childhood sexual trauma without becoming gay. Rachel Halder wrote a blog earlier this year in which she very movingly described her upset when someone, once he learned of her experience of childhood sexual abuse, assumed that probably explained her same-sex orientation.6

Research also played a role in changing clinicians’ opinions. Previous studies which had concluded that all homosexuals suffered from mental health problems were drawn from patient populations. Subsequent studies matched reasonably well-adjusted homosexuals who were not in treatment on relevant criteria with heterosexuals. No inherent connection between homosexual orientation and clinical symptoms of mental illness was found.7

This is not to say that same-sex oriented persons do not have problems. As a psychotherapist who has sat with various patients as they have come to terms with their orientation, it is clear to me that the stigmatization they expected to receive from family and society could cause at the very least the self-doubt and low self-esteem that other minorities experience.

So if same-sex orientation is not a mental disorder, what is it? Psychologists see same-sex orientation as a “variant” of normal sexual expression—part of the spectrum of human sexuality. Perhaps in the future we will be better able to explain the complex roles that both nature and nurture may play.

What is the relationship between sexual orientation, gender identity, and transgender?

There was a time when it was believed that a boy could be raised from early on as a girl and would achieve a feminine gender identity. In other words, nurture could trump nature. What was not adequately understood at that time was the role of prenatal hormones on the brain and that, although gender roles may be culturally and socially constructed, gender identity is rooted in biology.

In spite of the stereotypes of the lesbian who looks masculine or the effeminate, perhaps flamboyant, gay man, the vast majority of lesbians identify as women, and, similarly, a majority of gay men identify as men. This speaks to different biological pathways for sexual orientation as compared to gender identity. It is estimated that .03 % of the population is transgender, and this is likely an underestimate given methodological problems of measurement.8 Transgender is when an individual’s gender identity does not match his/her gender assigned sex at birth.9

Space limits me from exploring the scientific understanding of transgender, a topic very much in the news these days. Current research points to brain development.10 Discrimination of and violence toward transgender persons are very real. An attempted suicide rate of as high as 47% has been reported. Encouragingly, this danger is minimized when the transgender person is in a supportive environment.

Respect for the person and his/her personal authenticity is an important value in the psychology code of ethics. Both gays and straights in the Western world have more opportunity now to realize a gender expression that fits their interests and talents and is not limited by the binary nature and expectations of the traditional masculine and feminine roles. Psychology’s value for the dignity of all persons could be a voice to both society and the church, calling for the removal of the stigma associated with same-sex orientation.

6 Halder, Rachel. (2015). Unpacking the lies: What being queer has to do with sexual abuse. Retrieved from www.ourstoriesuntold.com/unpacking-the-lies-what-being-queer-has-to-do-with-sexual-abuse/.

7 American Psychological Association. (2008). Answers to your questions: For a better understanding of sexual orientation and homosexuality. Retrieved from https://www.apa.org/topics/lgbt/orientation.aspx 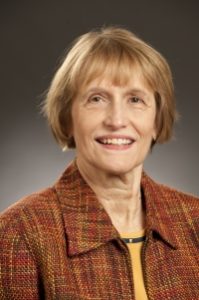 Carol Lehman, Ph.D. is a clinical psychologist and psychoanalyst in practice in Cincinnati for 35 years. A Goshen College graduate, she received graduate degrees in psychology at Xavier University (OH) and at the University of Ottawa. She and husband John Kampen are members of Cincinnati Mennonite Fellowship.