Though I didn’t always want to be a doctor, I have always enjoyed experiencing different cultures and meeting new people. When I decided several years ago to pursue a medical degree, the prospect of being able to use my skills internationally was a driving factor in that decision. I was therefore thrilled to receive an SET scholarship in my fourth year of medical school that allowed me to participate in global medicine. I decided to travel to Macha mission hospital in Macha, Zambia after hearing very positive testimonies from several acquaintances who had been to the hospital as well as having some connections to missionaries there. 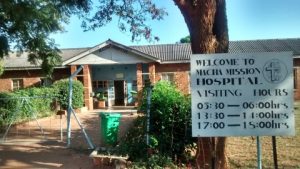 After two years of rotating in big academic medical centers, I was excited to see medicine practiced in different setting. I had spent some previous time in Africa, but not in any kind of medical setting.  I was interested to see the differences and similarities in the diseases and problems facing Zambians, and experience how the people there viewed health and medicine. I also wanted to see how hospitals function with limited resources and staff, and get a taste of what it was like to care for patients without specialists, CT scans, or extensive lab tests. I hoped that working in a resource-poor area would improve my clinical exam skills as well as diagnostic reasoning ability.

Macha Mission Hospital is a 200-bed hospital in the southern province of Zambia. It was started by Brethren in Christ missionaries and made big public health strides in its association with the Macha Research Trust, especially with regards to malaria. Its staff is mostly made up of Zambians, with a few American doctors as well. During my time at Macha, I got to spend two weeks working in the maternity ward and two weeks in the pediatric ward. I also helped in the operating theater twice a week and the outpatient department most afternoons. The doctors and patients alike gave me a lot of trust and independence that, while undeserved, pushed me to make decisions and learn quickly. 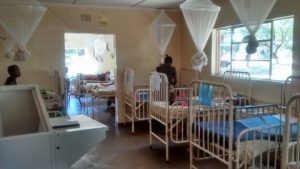 The differences between the American hospitals I’d been frequenting and Macha Hospital were striking and not a little overwhelming. While most American patients are used to getting either their own room, or a relatively secluded half of a room, Macha Hospital is set up into communal wards: Women, Men, Children, Maternity, and Gyn. These wards are large rooms lined with beds, with little to no hope for privacy. I quickly learned that there were only a few places in the hospital with running water; everyone else made do with buckets lined up at the ends of the wards. Power, as well, was not a given; the hospital (as with the country) is on a power-rationing system such that electricity is only on for specified times each day.

I found it easy to get overwhelmed with the lack of resources. My first day in Maternity ward, I was aghast as the power turned off suddenly and a newborn child on oxygen under a heat lamp suddenly had to keep fighting on his own. As the nurses sighed and prayed he would make it until the electricity came back on, I knew this was not an uncommon experience. I was amazed to learn that women had to bring their own piece of plastic to labor on, as well as their own umbilical clamp and gloves for the midwife, as the hospital did not have the means to supply these materials for everyone. I visited “the fires” outside the hospital, where patients’ relatives would stay while loved ones were in the hospital, to cook and visit them, sleeping in tents or temporary shelters. I winced as children and adults alike dealt with painful wounds with often only Tylenol to curb the pain. 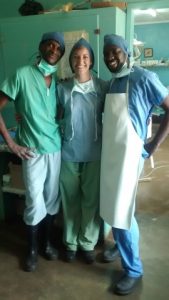 But despite the often discouraging situations, I was constantly impressed by the resiliency and hope of patients, and the determination and hard work of the doctors. I watched as the doctors continued to operate with headlights in the dark of the operating theater after the power had gone out. I was amazed to learn the breadth of each doctors’ work, as most doctors were able to handle everything from pediatric care to C-sections to HIV treatment. They were always ready to tackle whatever next emergency was coming through the door.

I was also impressed by the doctors’ patience and understanding when cultural and traditional understandings of sickness often clashed with the hospital’s Western medical treatments. One man showed up with a badly dislocated shoulder six days after the incident, with tattoos covering his shoulder and arm from a traditional healer’s approach to healing. He was treated with grace, though advised to get his money back. Another doctor taught me that when one woman brought her child in who had been sick for many days, she was to be praised instead of scolded, for in the very act of bringing him to the hospital, she was going against her local religion and facing shame and criticism. A different day, the attending doctor and I walked into the malnutrition ward to find all the parents begging to take their children out of the hospital because of the “evil spirits” in the room. After more discussion, we learned that one of the children had died overnight, and according to local thought that meant there were evil spirits inhabiting the ward. Several families had absconded overnight, and the remaining ones were impatient to leave but desired the doctor’s blessing. He engaged them in patient and understanding dialogue, explaining his understanding of why the child had died in terms they could understand. These exchanges helped me understand how vital it is to understand how patients see the world, and to be able to work together with them to develop a plan of care and treatment that the patient will be willing and able to follow.

As an aspiring family doctor, this rotation was very valuable and taught me much. I appreciated being able to participate in all kinds of patient problems across the life cycle, from pediatric malaria cases to wound care to maternity care. I received considerable hands-on experience that will make me a more confident intern, from actually getting to deliver babies to first assisting on surgical cases to wound care and casting.

Yet, even more important than the medical knowledge I gained, this experience opened my eyes to the difficulties and rewards in practicing internationally. It allowed me to see the importance of public health and education, cultural awareness, and resource management. It brought medicine back to the basics: a patient, a problem, and me–doing the best I could with whatever supplies I could find. I return to American hospitals with eyes that more readily appreciate all the resources at my fingertips, specialists a phone call away, internet access to answer my never-ending questions, and a deeper recognition of the problems that make us all human. 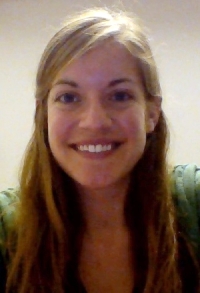 Katie Ruth grew up in Lancaster, Pennsylvania, where she attended James St. Mennonite church and Lancaster Mennonite High School. She loved playing soccer, running, reading, and learning new things. She continued all of these activities at Eastern University, and graduated with a BS in Biochemistry with a minor in Astronomy. Her college years included a range of experiences including traveling to Kenya, Zambia, and Mexico, as well as lab research and a cross-country bike trip. Katie’s love for meeting new people, traveling, constant learning, science and varied experiences led her to a career in medicine. She graduated in 2016 with her MD from  Temple University in Philadelphia. Amidst her studies, Katie had the opportunity to volunteer at some local organizations as well as spend a summer on a Navajo reservation. She was thankful and excited to travel to Macha Hospital in Zambia for her SET term.