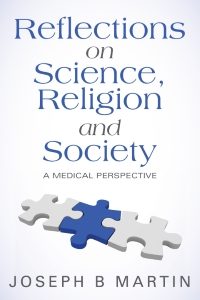 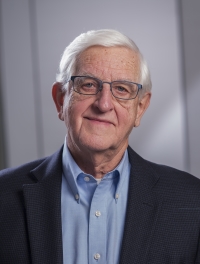 The book is a compilation of lectures the author has given over approximately the past thirty-five years.  These lectures were given at college commencements, seminary and university convocations, as well as to church and academic groups.  A pre or postscript is included in each chapter in which the author gives the setting for the address.  By the time of publication of the book some of the suppositions made in the address had been fulfilled and the author elaborates on these items.

The book is divided into three sections as indicated in the title of the book.  Each section is followed by a reflection on the meaning and significance of that section.

To quote the author, “in the first section the author reflects on the interface of science and religion and the power of action in a world deeply in need of inspiration and focus.”  He then reminisces about various aspects of the medical profession, believing that medicine is the greatest of all professions but is beleaguered by multiple serious problems and challenges.  In the final section he discusses challenges of affirmative action in academic settings.  He also discusses the joys and challenges of academic leadership.

In discussing the interface of science and religion the author clearly and succinctly makes the case that our theology should be flexible enough to accommodate new scientific findings that challenge existing beliefs.  For example, the finding that planet earth is round and not flat as was believed and taught for many centuries by secular scientists and religious leaders should not have shaken (although it did) the faith of the believer.  Just so, today, we should not allow our faith and belief in an Almighty Creator God to be shaken by new and fascinating findings in sub-molecular biology.  He makes this point very clearly while at the same time giving appropriate due honor and credit to the Almighty Creator.

In the second section where the many problems with the current practice associated with medical care in the United States, he pulls no punches in enumerating a number of serious problems faced by the citizens of the United States because of the disjointed, profit driven, politically entangled care as it is currently delivered in the United States.  He draws from his experience of having studied and practiced medicine in Canada and the United States. In Canada where there is a single payer system, the care is better, more efficient, and cheaper than in the United States.  This analysis is done with great insight and authority as he has been intimately involved in both systems.

In the final section Dr. Martin discusses the challenges of affirmative action in the educational system in the United States.  We are caught in a system where theoretically every individual is treated absolutely equally even though we begin from a highly unequal base.  This obviously leads to many highly qualified individuals being held back from their full and rightly deserved potential and to the detriment of society as a whole.  Suggestions are given as to the approaches to making the playing field level.

The book is highly readable and for the most part is easily understood.  There are portions of the book where rather technical aspects of a complicated area of science are discussed.  For the reader who is not educated in these areas, those short discussions can be quickly scanned without losing any of the important lessons of the book.

There is a modest degree of repetition in the book as it is a series of lectures over many years.  The repetition does not detract from the overall values and interest of the book.  Although the book deals largely with science and its relation to humanity, it is a highly readable, fascinating, and thoughtful publication.

The book should be of great interest to any individual who is involved with providing medical care be it in administration or in the hands-on care of an individual.  It would be a good read as well for any individual who is contemplating a career in medicine.  Dr. Martin has had a highly successful career in medicine as a caregiver, teacher, administrator, and researcher, and his love for the profession can clearly be seen throughout the book.  In this day when medicine has come under attack by the courts, politicians, and the public, he makes it clear that it is a highly fulfilling profession, and in spite of the obstacles, it is a fulfilling career.  In this I completely agree.

Nonmedical individuals will also find the book an interesting and delightful read.  It is broad enough and plainly written so that the nonmedical population will find the reading enjoyable and interesting, not to mention educational.

The author is highly qualified to write the book.  He is an extremely intelligent, insightful, thoughtful, and compassionate physician who makes a clear statement about his faith, science, and his God.. 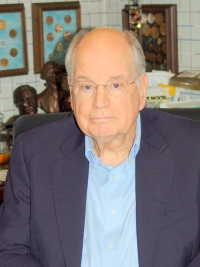