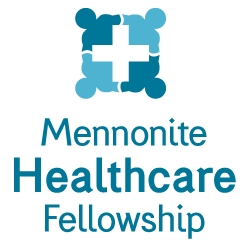 Mennonite Healthcare Fellowship (MHF) has been planning its Annual Gathering 2015, July 19-21, 2015, in Harrisburg, Pennsylvania, immediately prior to the Mennonite World Conference (MWC) Assembly, Pennsylvania 2015. It has come to the attention of MHF leaders that some people are confused about this MHF-sponsored event for two main reasons:

MHF planned its Annual Gathering after consulting with MWC about health-related events associated with the MWC Assembly. MHF was informed that Mennonite Health Services (MHS) was planning an event prior to Assembly and eventually learned that this “Global Health Care Leaders Summit” was an invitational conference of administrators and board members of healthcare-related institutions. The “Summit” is sponsored by MWC with the specific goal of formulating “a recommendation to Mennonite World Conference General Council and Mission Commission on establishing a global network of Anabaptist health care organizations.”

The MHF Annual Gathering is focused on individual healthcare practitioners and open to any Mennonite-related person involved in any healthcare field. Based on the information received from MWC and MHS, MHF felt certain that the conflict would be minimal for only a handful of persons.

Some MHF members have indicated that they checked a box indicating interest in healthcare when they registered for the MWC Assembly and were expecting to receive information about events within MWC Assembly similar what happened in Zimbabwe and Paraguay. Instead, they received invitations to the MWC/MHS Summit.

On February 26, 2015, leaders of MWC, MHS, and MHF met to clarify the situation. MWC and MHS leadership revealed that the invitation pool for the MWC-sponsored Summit has been extended to include individual healthcare professionals in order to ensure participation from continents and countries in which Mennonite-related healthcare organizations no longer exist. This broader definition of who is invited to the MWC/MHS Summit along with the dual roles of administrator and practitioner of some MHF members means that there will be a conflict for some persons on which event to attend.

At the same time, all present at the meeting agreed that the target audience for both the MWC/MHS Summit and the MHF Annual Gathering remains as stated on the MWC website. The MWC/MHS Summit is “for leaders and board members of … organizations that are affiliated with Mennonite World Conference member churches.” The MHF Annual Gathering is “Open to all healthcare workers…”

MWC leaders indicated that MHF and/or another entity are welcome to try to organize an informal gathering of healthcare workers during a mealtime at MWC Assembly. Mealtimes are the only times when space is available for meetings not already planned. The MHF Harrisburg 2015 Coordinating Committee and the MHF Board are considering this idea and will share information as it becomes available.

In follow-up conversations with MHS leadership, there is the recognition there are some similar impulses toward international relationships among a number of different Mennonite entities involved in healthcare. While the details are still being worked out, the following steps are being explored:

Thank you for your support of Mennonite Healthcare Fellowship. We look forward to seeing many of you in Harrisburg!